Things To Do In The Bay Area – February

Grey Whales and Elephant Seals at Pt. Reyes Lighthouse  –  The migration take place from February to the beginning of March.

Some of the best places to view whales from shore besides Point Reyes National Seashore are listed below:

Polk Street Valentine Wine Walk
Merchants will be offering wine tastings and treats inside their stores along Polk Street from Jackson to Post.
When: February 9, 2017, 4 – 8 p.m.  | Where: Polk Street, SF | Cost: $20 online, $25 onsite

San Francisco Tribal and Textile Art Show
When: February 10 – 12, 2017  | Where: Fort Mason Center Festival Pavilion, SF  |Cost: $15 – $25
The leading Tribal art fair, this event showcases the arts of tribal cultures and indigenous peoples of the Americas, Asia, Oceania, Polynesia, the Middle East and Africa. With over 80 national and international galleries, art collectors, first-time guests and enthusiasts can all find something to love!

Chinese New Year’s Festival & Parade
When: February 11, 2017  | Where: Chinatown, SF | Cost: Free
San Francisco’s Chinese New Year Parade has been a neighborhood tradition since the 1860s. It’s one of the few remaining night-illuminated parades in the country and was named one of the top ten in the world by the International Festivals and Events Association.

Chocolate and Wine Cruise on the San Francisco Bay
When: February 11, 2017, 1 – 3 p.m.  | Where: Pier 40, SF | Cost: $50
While relaxing on board a luxury yacht, you can taste wines from a local winemaker, and pair each glass with samples from a curated selection of local chocolatiers and culinary artisans.

Noise Pop
When: February 17 – 27, 2017 | Where: Various locations, SF + Oakland | Cost: $145 – $317
If you haven’t experienced Noise Pop, 2017 is your year. This music and arts festival celebrates independent music and culture with globally and locally famous musicians as well as break-through indie films at various theaters across the Bay Area.

San Francisco Bay Flyway Festival
When: February 19 – 21, 2017  | Where: Mare Island Naval Shipyard, SF  | Cost: Free, donations requested
Each year, more than 1 million shorebirds and hundreds of thousands of ducks, geese, hawks and other wildlife migrate through the Bay Area. This year’s 20th annual Flyway Festival will celebrate the travels at the peak of migration season.

Pacific Orchid & Garden Exposition
When: February 24 – 26, 2017  | Where: San Francisco County Fair Building, SF | Cost: $11 – $30
The Pacific Orchid and Garden Exposition is coming to SF. This year, they have so many new vendors and activities, they’ve relocated to the County Fair Building inside the Hall of Flowers. Children below the age of 16 are admitted for free and seniors get discounted tickets, so bring the entire family! 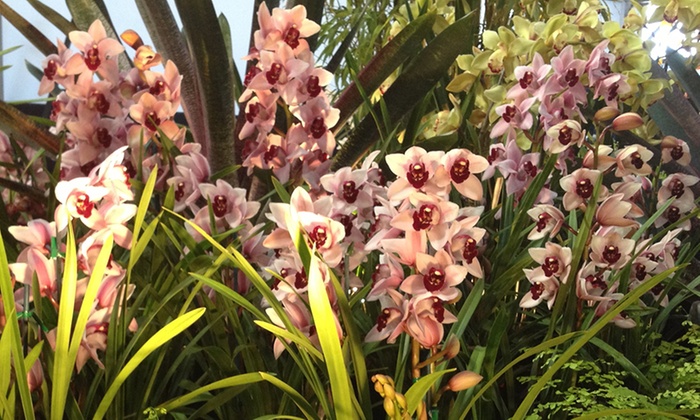